Learn More About the Teachers in Our Jewish School 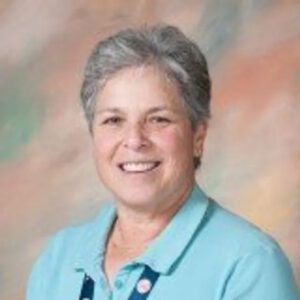 Susan Sugerman has a long career as a dedicated educator in the Rhode Island Jewish community. Her resume features over 30 years as a religious school educator, first at Temple Torat Yisrael and later at Temple Am David. For several years at Temple Am David, she also served as assistant education director and school principal.

For the past three years, she was the director of education and an educator at West Bay Community Jewish Center. In addition, she has taught physical education simultaneously at the Providence Hebrew Day School (PHDS), 30 years, and at the Jewish Community Day School of Rhode Island (JCDSRI), 15 years. At JCDSRI, she is also the school scheduler and substitute teacher coordinator. She also serves on the JCDSRI yearbook committee.

Susan will tell you as a religious school educator, she believes, “it’s always about how a student best learns.” Lessons are designed to stimulate them and make their learning a memorable experience. Her focus is to give students what they need to know about being Jewish so that they may live “Jewishly.” Through the years, she has successfully accomplished this goal by using a variety of games, classroom activities, hands-on lessons, and most important, making each child feel connected and engaged.

Susan and her husband, Michael, reside in Cranston, Rhode Island. They have two sons and a grandson. In her free time, Susan enjoys cooking, swimming, and relaxing on the beach with family and friends. She also loves rooting for all the New England professional sports teams, especially the Red Sox. 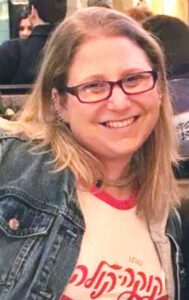 Alyssa has been a part of the Temple Ner Tamid family her entire life. She has been working in Education for 20 years, in formal and informal educational settings. Alyssa worked in an after school program in Lincoln, MA for 10 years, was the Peabody Senior USY Advisor for 5 years, was a Paraprofessional at the Lincoln Preschool for 3 years, and was a private nanny for 2.5 years.

For the last 3 years, Alyssa has been an Infant and Toddler teacher at the North Suburban Jewish Community Center in Peabody, MA. This past year, she had also been teaching 4th grade Hebrew and 8th/9th grade Pre-Confirmation at The Temple Ner Tamid/Temple Tiferet Shalom Religious School.

Growing up as the daughter of Cantor Sam Pessaroff (z”l), his passion for the Jewish religion and teaching the youth left a long-lasting impression. With her own passion for Judaism and teaching, Alyssa loves to share her knowledge and experiences with today’s youth. She has a great understanding of children of all ages and needs. With her creativity and energy, Alyssa likes to bring fun and games to her teaching, as well as making learning meaningful.

In her free time, which is very rare, Alyssa enjoys relaxing while watching TV and movies (good or bad), Ben and Jerry’s Cherry Garcia ice cream, and watching the Celtics and Patriots! Alyssa lives with her husband, Mike, and their 2 Cockapoos, Rafi and Wylie. 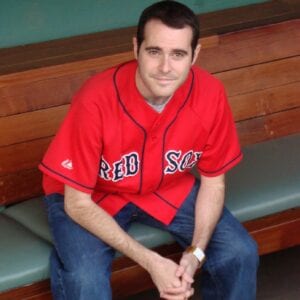 Hello, I’m Daniel Swartz! I grew up in Wenham as a congregant of Temple Ahavat Achim. I have been an elementary special education teacher in local public schools for 10 years. I have also spent my summers and weekends as a camp director and Jewish youth group leader in various roles, working with teens and helping our community through service projects and programs with Camp Simchah, Jewish Teen Initiative and Y2I. I am a Red Sox season ticket holder and miss sitting in my seats at Fenway! I also love movies, TV, reading, spending time with family/friends and going to Crane Beach! I am so happy to be a part of the Temple Ner Tamid family and can’t wait to enjoy the year with you all! Hi! My name is Jocelyn Zimmerman and I am so excited to be a part of the of the TNT religious school! As a member of Temple Ner Tamid since I was born, I have attended Hebrew school here many years ago and then went to the Epstein Hillel School, formerly known as Cohen Hillel Academy. One of my favorite things about TNT is being able to put my passion of working with young children to use at all times! I remember attending temple services as a child and slowly migrating my way to Jr. Congregation services to help out with the younger children.

I knew I had a passion for working with young children for as long as I can remember! I am a fellow “Brokie”, where I attended Camp Pembroke as a camper for 7 summers, became a CA and traveled to Israel for 5 weeks and then became a counselor for 3 summers. Aside from spending time with my friends and family and shopping, you can find me at “work”! I say “work” because it’s not actually work for me.

I love what I do and wouldn’t change it for the world! I have been working at a childcare center since I was a senior in high school. I teach infants, toddlers and preschoolers. My favorite part of my job is seeing them grow and develop over time especially those infants who then I see graduate Pre-K when they are about 5 years old!

I recently graduated from Southern New Hampshire University this past spring with a bachelor’s degree in education focusing on early childhood education with a minor in special education. While at school in New Hampshire I have been a Hebrew school teacher for children ages 3-5 for the past few years! I loved this opportunity and am so excited to teach all of you so close to home! 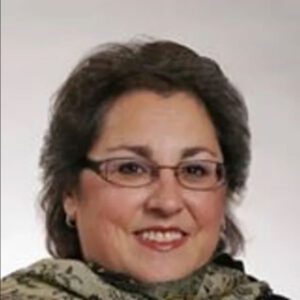 Beth K. Hoffman is the Synagogue Administrator at Temple Ner Tamid for the past nine years. Beth has been involved in the Jewish Community of the North Shore for the past thirty years. She has taught Jewish Arts & Crafts to many children at Jewish organizations. Beth will be teaching Arts & Crafts to grades K and 1 with Susan Sugerman.

Beth is married to her husband, Bob and have one son, David who is engaged to Ashley Pivnick. Beth has a grandson, Noah. 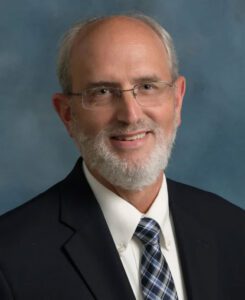 Rabbi Richard E. Perlman was appointed as the Rabbi/Spiritual Leader of Temple Ner Tamid on September 1, 2016. On March 1, 2019, he assumed Cantorial responsibilities. Prior to moving to Peabody, Rabbi Perlman held the pulpit and served as the Spiritual Leader, Hazzan, Director of Education and Executive Director at Temple Am David, a United Synagogue Affiliate, in Warwick Rhode Island, for 15 years he also served as the Rabbi at WBCJC in Warwick.

Rabbi Perlman, also a Cantor (Hazzan), has been a soloist and a member of duets, quartets, and quintets including “The Cantors Perlman” in several cantorial concerts and worship services throughout the United States and Israel. He has led services at Congregation Beth Israel in Bath, Maine and at Temple Beth David in Narragansett, Rhode Island. He taught Jewish studies in the South County Hebrew School and has been a visiting lecturer at many senior social organizations. Rabbi Perlman served as a Judaism lecturer at University of Rhode Island, Rhode Island College, The New England Technical Institute, LaSalle Academy as well as many various other institutions of learning around the state of Rhode Island. Furthermore, Rabbi Perlman has been instrumental in planning and leading many highly respected and well attended interfaith services with neighboring faith communities.

Rabbi Perlman serves as the Co-President of the North Shore Rabbis and Cantors Association, (NSRCA) and is an active member of The Peabody Clergy Ministerial Association, (PCMA). He is a member of the Board of Rabbis of Greater RI and serves as the Mashgiach liaison for the Phyllis Siperstein Tamarisk Assisted Living.

He served for over five years as Chairman of the Bureau of Jewish Education of Rhode Island’s Principals Council.

Rabbi Perlman is quite active in the community serving on an Interfaith Community Dialogue Planning Committee, hosted by the Mayor of Peabody. He actively participates in community programming throughout the year. He attended the Peabody Police Citizens Academy in 2017 and leads Shabbat evening services monthly for the residents at Brooksby Village. Rabbi Perlman visits and teaches at nursing facilities around the North Shore.

Rabbi Richard Perlman and his wife, Kit, are the parents of Jessica, Michael, Owen and Kristina, and proud grandparents of Brady, Ezra, Bryce, Bennett and Eisley. 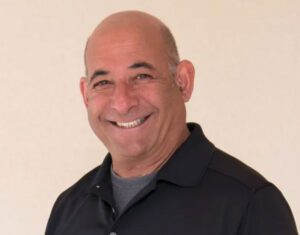 Bernie was ordained as a Rabbi in July 2015 by the “Jewish Spiritual Leaders Institute” of “The Rabbinical Seminary of Congregation Sim Shalom”, New York, NY. Although Rabbi Bernie chooses not to be a pulpit rabbi with a congregation at this time, he has and still performs rabbinic duties such as baby namings, b’nai mitzvoth, weddings, and funerals to name a few. He also served as interim rabbi in 2015-2016 right here at TNT.

Prior to being a Rabbi, he served as Spiritual Leader and Ritual Director from 2000-2013 at Congregation Sons of Israel in Peabody Square where he conducted all the Shabbat, Yom Tovim, and High Holiday services. He was Baal Shacharit as well for the high holidays. In addition to that, he has accompanied the Y2I teenagers to Israel on an educational tour every July as senior counselor for eight of the last ten years. He also serves on the Board of Advisors for the Lappin Foundation and the North Suburban Jewish Community Center.

Rabbi Bernie also partners with his wife Anita as real estate brokers at Remax Advantage in Peabody. And for the last seven years, he has served as chairman of the Peabody Board of Health. 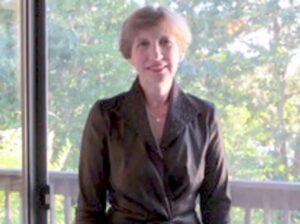 Ellen has been a member of Temple Ner Tamid for 39 years. In that time, Ellen has taught both Hebrew School and Confirmation classes. She has also served on as Religious School chairwoman and has been on the Sisterhood board.

Ellen graduated from both Columbia University with a BA in History and The Jewish Theological Seminary with a BHL in Bible. Ellen also holds a MA from Teacher’s College, Columbia University with a concentration in curriculum and teaching. Ellen’s teaching experience has been varied. Her career has included teaching elementary school, special education and high school. In addition, her experience has included teaching 3 years at Cohen Hillel Academy. Most recently, Ellen has been involved in the preparation of 2 adult B’nai Mitzvah groups at TNT.

In her spare time, Ellen likes to read, cook, and needlepoint. Ellen is the parent of Howard and his wife Karen and Eric and his wife Anna Leah, and the proud grandmother of Sylvia and Ian.